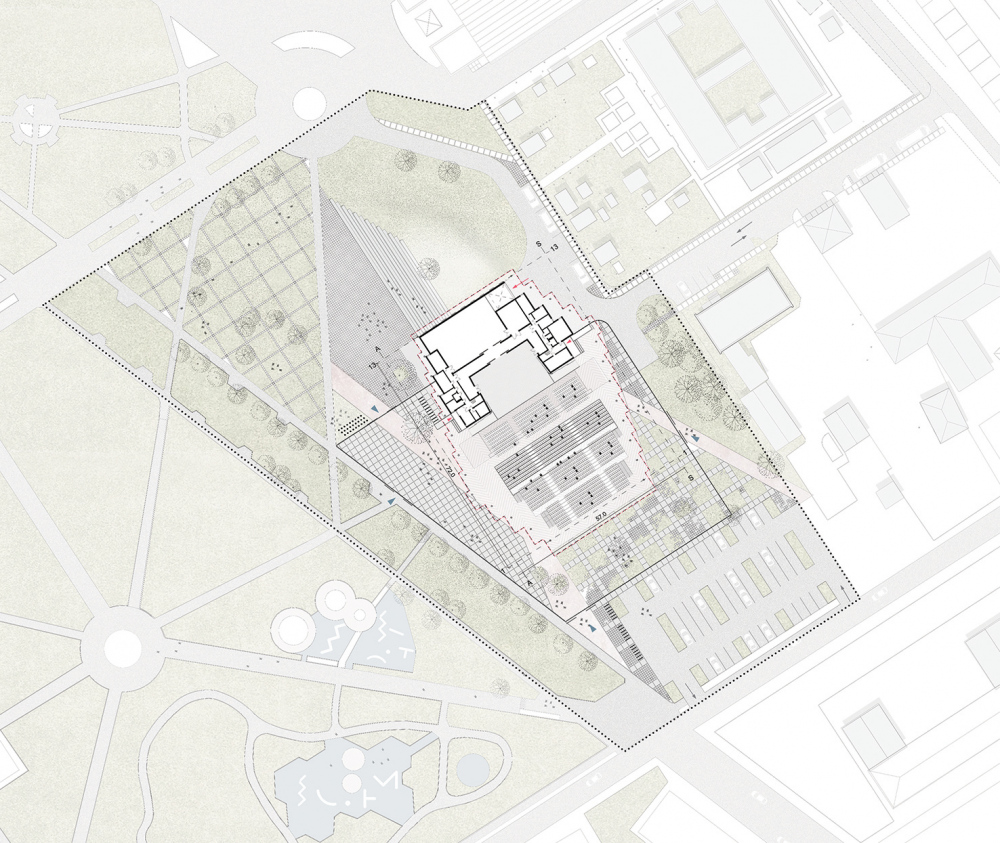 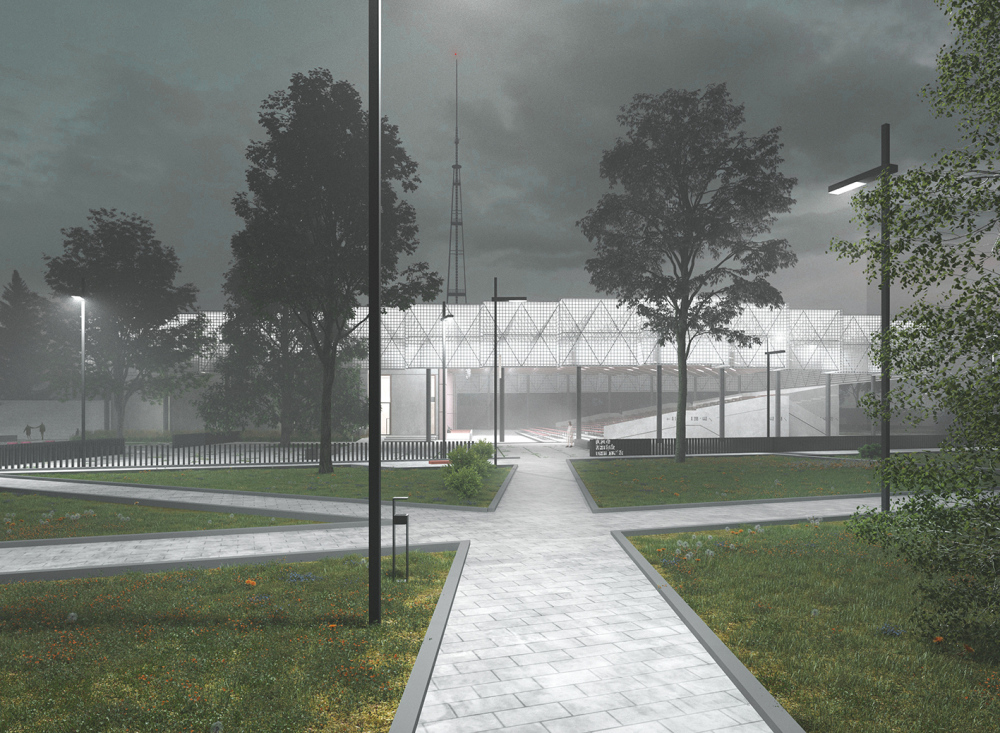 Open air concert hall is designed in Daugavpils Central Park, which was created after the Second World War. Near the park there are several school buildings, a railway line, as well as the Daugavpils Ice Hall .

The volumes of the building respects and continues parks structure. -
facades continue the park lines - paths, around existing buildings and trees. Plan of the building is made of 2 independent blocks - a block of employees and artists and seperate block of visitors.

The visitors side is crerated as an amphitheater with a total of 1,644 seats. Under the amphitheater is planned a conference hall up to 60 visitors and a cafe (up to 30 visitors) that can serve as a public space all year round.

The planned concert hall will be a good addition to the identity of the historical center of Daugavpils, will attract local residents and guests of the city.